KUALA LUMPUR: A foul stench emanating from a hostel room led to the discovery of the body of a male Universiti Putra Malaysia (UPM) student on Tuesday night.

Serdang OCPD Asst Comm A.A. Anbalagan said the body of the 29-year-old victim was found in a room on the fifth floor, Block L6, UPM Serdang.

He added the victim was a final year Master’s student of the Faculty of Modern Languages and Communication who was staying alone in the room.

"The deceased was found shirtless, wearing long pants and lying on the floor next to the bed, and the room door was locked, while the windows were tightly closed. Valuable items such as laptops and mobile phones are still in the room,” he said in a statement on Wednesday (June 29).

The body was sent to Serdang Hospital for post-mortem.

ACP Anbalagan said an investigation showed no criminal elements so far and the cause of death was still pending as the police are waiting for the chemical report.- Bernama 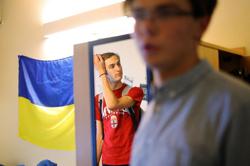