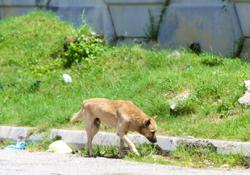 KOTA KINABALU: The Kota Kinabalu City Hall (DBKK) is looking to introduce new rules for dog owners amidst growing concerns over the population of stray dogs in the city.

DBKK Mayor Datuk Noorliza Awang Alip said that they were considering amending the by-laws in order to set guidelines on how many dogs people can keep as pets in their premises.

She said that the present by-law which limits a person to two dogs on their property has not changed since 1963.

"But try going around KK and see if that is true. (Some owners) have four to five dogs, so at the end of the day we need to look at the space that we have at the respective premises," she said on Saturday (June 25).

"Secondly, the rules state that dogs were to only be fitted with steel tags but some people have already started using chips," she added.

Noorliza added that further studies have to be done on chips, such as who would install the chips and how much they would cost.

Noorliza was speaking to reporters after the DBKK gathering with the media at a hotel here on Saturday.

She said these were the discussion brought up during a meeting between DBKK, dog lovers and non-governmental organisations (NGOs) on June 14.

It was previously reported that DBKK and stakeholders at the meeting had agreed on several proposals to better tackle the issue of stray dogs around the city.

Several short-term solutions discussed included holding awareness campaigns and operations to license pets, hold dog adoption campaigns and to have the City Hall work with NGOs for adoption and treatment of injured or ill strays.

They also included conducting workshops to educate the public on the care and welfare of dogs, as well as have integrated collaborations to vaccinate and neuter strays.

The meeting and subsequent agreement to these proposals were made following recent controversies on the current stray management strategies taken by dog catchers in the City Hall, whereby a "put to sleep" measure would be implemented for unclaimed dogs within a short period of time.

On putting captured stray dogs to sleep, Noorliza said they had yet to do as such on any canine they caught, although the law provided for such a solution to control the stray dog population.

"But I have to be honest with you, our pound can only accommodate 30 dogs. I can’t be ambitious by saying that we want to take as many dogs as we want," she added.

Noorliza said that the new SOPs allowed DBKK to keep captured dogs for seven days so that the owner could claim them and another seven days for adoption if no one came to claim the dogs.

"I have told my staff to put up the adoption advertisements and we will only put them to sleep if no one comes to claim the dogs.

"So far, we have not put any to sleep but if there are concerned citizens saying they don’t want this (then) come to us and adopt the dogs," Noorliza said.