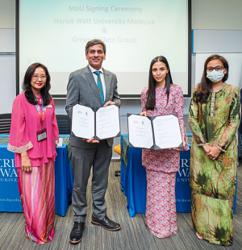 GRG, in a statement on Thursday (June 23), said engagements would begin on June 27 with a visit to local mental health charity Mind, on suicide bereavement services and maternal mental health - topics rarely talked about, the latter being particularly close to Tengku Puteri Iman Afzan’s heart.

It will be followed by a roundtable at the Malaysian High Commission in Belgrave Square, which will be attended by Deputy High Commissioner Zahid Rastam and representatives from the Public Service Department (JPA), Majlis Amanah Rakyat (MARA), Education Malaysia, the United Kingdom and Eire Council for Malaysian Students (UKEC) and Mercy Malaysia UK.

According to GRG, Tengku Puteri Iman Afzan is scheduled to open the 23rd World Congress on June 28, alongside director of the Department of Mental Health and Substance Use at the World Health Organisation (WHO), Dr Devora Kestel, and World Federation for Mental Health president Dr Nasser Loza.

"The Princess’ speech ‘Mental Health: We Can and Need to Do Better,’ will touch on the mental health landscape in Malaysia during the pandemic and the country’s recovery towards the new normal as well as the diversity of the mental health platforms available and their role in mobilising communities," it said.

GRG said a reception in honour of Tengku Puteri Iman Afzan and board members of the World Federation for Mental Health will be held on June 29 with the Malaysian delegation accompanied by Zahid and representatives from Mercy Malaysia UK.

Tengku Puteri Iman Afzan and the Malaysian delegation are scheduled to attend the 23rd World Congress Gala Dinner on June 30 at the Royal Society of Medicine before the Congress closes on July 1, it said.

Meanwhile, Dr Andrew, in the same statement, said Tengku Puteri Iman Afzan’s invitation to be patron of the world congress has placed Malaysia on the world stage as an example of innovative community mental health initiatives.

"It is also a recognition of the mental health advocacy work done by the princess through GRG," said Dr Andrew, who is also treasurer of the World Federation for Mental Health.

According to the statement, the princess’ patronage of the world congress is the first for an Asian representative and also the first time that a Malaysian delegation is attending. 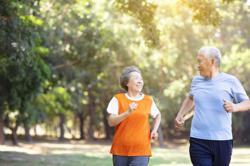