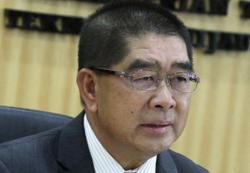 Bangkuai (left) speaking to Muhammad Jailani at a tourism seminar in Kota Kinabalu.

KOTA KINABALU: Sabah and Melaka are keen on working together in promoting tourism in the two states by tapping into the strengths of their respective industries.

In turn, he noted that Sabah could reciprocate by promoting Melaka's historical heritage.

"Melaka is well known for its historical heritage and distinct culture. The same can be said for Sabah, which is known for its community-based rural tourism destinations and eco-tourism products that appeal to nature lovers.

"The variety of this one-of-a-kind tourism product is enough to demonstrate what Sabah has to offer that Melaka does not have and vice versa," he said at a tourism and business-matching seminar here on Thursday (June 23).

Bangkuai, who is also the Sabah Tourism Board chairman, added that both states had sites on the Unesco World Heritage list.

"I believe that these two states have complementary tourism products and we should work together to promote the uniqueness of our tourism products to revitalise the country's tourism activities as a whole," he said.

Bangkuai's remark that Sabah has more than 300 rural tourism operators, many of which are community-based, drew a favourable reaction from Muhammad Jailani.

Community-based tourism, according to Muhammad Jailani, is a new concept for them and pointed out that Melaka's tourism industry players could learn much from Sabah and share information.

"I see the necessity for both states to cooperate and for our tourism players to visit Sabah's rural areas so that they may observe how the community manages its tourism businesses.

"I am also looking into how Melaka can learn from Sabah about the roll-on/roll-off (ro-ro) ferry service as part of our commitment to developing the Dumai-Melaka ro-ro project," he said, in reference to the Menumbok-Labuan Roro ferry service. 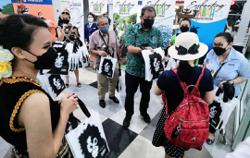 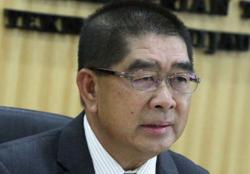