The day-long meeting on Wednesday (June 22) was chaired by Cambodia Deputy Prime Minister (pic) and Minister of Defence, Samdech Pichey Sena Tea Banh, as the Chairman of ADMM 2022.

The Defence Ministry said the meeting was a significant platform for Asean defence ministers to further strengthen the spirit of Asean togetherness especially in the context of defence cooperation in the region.

The presence of Hishammuddin and the Malaysian delegation was of utmost importance to enable Malaysia and other Asean members to discuss and refine issues of mutual interest pertaining to defence as well as regional and international security, it said in a statement.

The two meetings, among others, focused on efforts to further strengthen Asean-China and Asean-Japan regional defence cooperation.

The statement added that although Wednesday's meeting involved representatives of Myanmar’s State Administration Council (SAC), this does not mean Malaysia recognises the SAC as the legitimate government of Myanmar.

"Malaysia has always stressed that the SAC must immediately implement the things that have been agreed in the Five-Point Consensus (5PC) to find a solution to the political crisis in Myanmar," read the statement.

Hishammuddin, along with his Asean counterparts, had been scheduled to pay a courtesy call on Cambodian Prime Minister Samdech Techo Hun Sen after the two meetings.

Among the matters discussed was to further enhance defence cooperation in carrying out peacekeeping operations around the world, especially the involvement of women peacekeepers in Asean.

An agreement was reached whereby Cambodia would send its women peacekeepers to the Malaysia Peacekeeping Centre in Port Dickson to undergo further training to further improve their skills in conducting peacekeeping operations. - Bernama 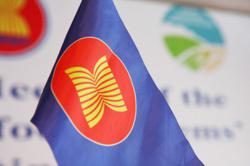