Bon Odori is on, says Selangor

By WANI MUTHIAH and RAHIMY RAHIM 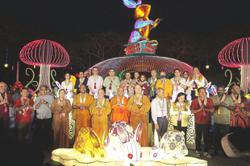 Dance, food and fun: A filepic showing the Bon Odori Festival, a popular get-together summer event which is accompanied by singing, dancing accompanied by lively gongs, drums and flutes.

PETALING JAYA: The Bon Odori Festival, when the Japanese do the obon dance, is set to go ahead at the Shah Alam Sports Complex on July 16 as the Selangor state government has no objections to it being held.

Mentri Besar Datuk Seri Amirudin Shari said he had yet to receive any advice or views regarding the organisation of the festival, which he considers a celebration of Japanese culture, rather than a religious one.

However, he said he would still consult with the state religious authorities after claims arose that the festival contains religious elements.

“We noticed that this information surfaced a few days ago ... before this, there was no issue,” he said after launching the Selangor Public Health Advisory Council yesterday.

Bon Odori is a Japanese folk dance. The festival that celebrates this dance is normally held mid-year. In the olden days, it was believed the dance was performed to appease ancestral spirits. 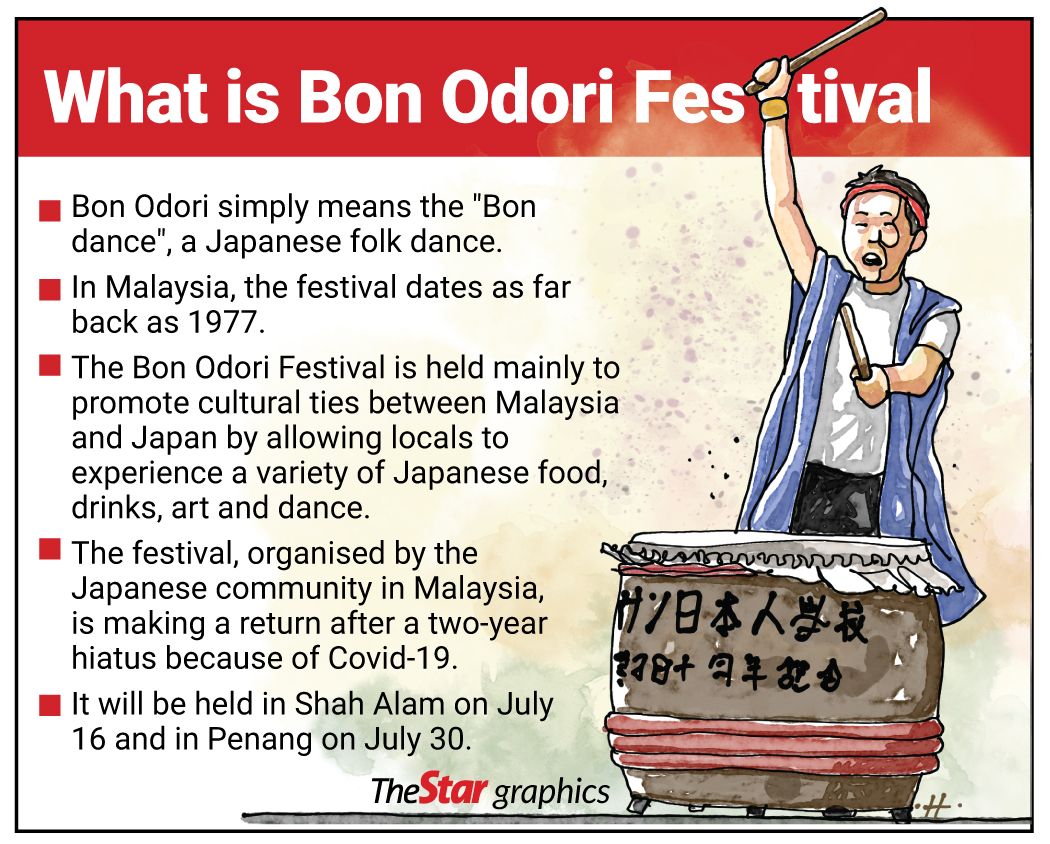 The festival has been organised in Malaysia for decades by Japanese expatriates to introduce their country’s culture, art and cuisine to Malaysians.

On Monday, Minister in the Prime Minister’s Department (Religious Affairs) Datuk Idris Ahmad advised Muslims not to take part in Bon Odori, claiming it contains elements of other religions.

“A study conducted by the Malaysian Islamic Development Department found that the festival does have religious elements, so we advise Muslims not to participate in it,” explained Idris.

Amirudin, however, said the state has hosted the festival for decades and it was aimed at strengthening ties between organisations, individuals and communities of Japan and Malaysia.

Moderation advocate Mohamed Tawfik Ismail said Muslims did not have to adopt the beliefs of other faiths while still enjoying the exposure to other cultures.

“Unfortunately, politics as practised by ostensibly religious parties uses religion to impose narrow beliefs and perspectives that hinder Malays aspiring to wider knowledge and exposure to the world.

“Historically, Malays have always been open to foreign cultures and have been enriched. It’s narrow-minded politics that hinders progressive development,” he said.

Shah Alam City Council councillor Muhammad Shakir Ameer pointed out that the Bon Odori festival has been celebrated in Malaysia for more than 30 years.

“Like most cultural celebrations, there will be commercialisation and it will likely be tweaked to cater to the general audience as well.

“We see this in festivals ranging from Hari Raya to Christmas every year. Throughout the years, it has been celebrated via commercial or community centres by non-Japanese as well.

“From my understanding, the main attraction is the musical elements such as the dance and the drums. Why does it have to become an issue now after 30 years?” he asked.

The Star reader Geetha Anen was among those who came to Idris’ defence. “He is addressing the Muslim community, not all of us. Chill,” she said in an online comment.

Also commenting online, Affandy9192 asked all parties to calm down and not to make an issue out of this.

Reader Nisarcastic said she would go to the festival just to appreciate the culture and not to take part in the events. 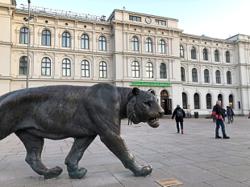 ‘Burning of holy books not our way’
Luxembourg court sets aside decision on PETRONAS assets seizure
Family pays tribute to frontliners who saved their lives
More healthcare personnel needed, report finds
Contract pharmacists threaten walkout if not given consideration
Ministers granted audience with Johor Ruler over Pulau Batu Puteh
Number of new infections remain low in Penang
Three years on, the battle is not yet over
‘Saboteurs’ to know their fate tonight
Khairy ready to face Umno action