Foreigner drowns after falling into river near Gombak

GOMBAK: A foreign man drowned after he fell into a river near Kampung Kerdas 5 here.

"We received a distress call that a man had fallen into the river near Kampung Kerdas 5, Batu 6, Gombak.

"Investigations revealed that the victim was a 37-year-old foreign man," he said in a statement on Sunday.

He said further checks revealed that the victim and his younger brother had gone fishing in the area.

"They were walking towards the flood gate near the Gombak Barrage when they fell into a whirlpool.

"The current was too strong and the victim drowned while his younger brother was rescued by villagers who were nearby," he said.

He said the victim was found lying on a rock about 300m from the scene.

"Checks on the victim revealed he had bruises on his forehead.

"The body has been sent to the Selayang Hospital Forensic Unit for postmortem," he said, adding that the case has been classified as sudden death. 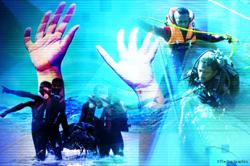