DUNGUN: A employee of the Shah Alam City Council, Selangor drowned while scuba diving in the waters of Pulau Tenggol near Dungun on Saturday (May 28) morning.

Dungun district police chief, Supt. Baharudin Abdullah said the victim, Puspasari Aminuddin, 37, along with two other friends and several other divers were believed to have started the activity at 9.25am.

"According to the boat driver, after 15 minutes of scuba diving, he saw the victim floating on the surface of the water and took her up to the boat.

"However, the victim was not breathing and was taken back to Akim Jetty, Seberang Pintasan for further examination at Dungun Hospital," he said when contacted by reporters on Saturday.

It is understood that the victim and her two friends from Shah Alam arrived in Dungun on Frdiay (May 27) night for a weekend holiday in Pulau Tenggol. - Bernama 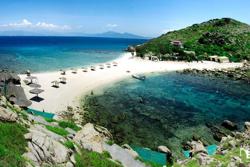