KUALA LUMPUR: Datuk Seri Dr Ahmad Zahid Hamidi (pic) told the High Court on Thursday (May 26) that two cheques amounting to RM6mil received from Syarikat Sarana Kencana Sdn Bhd were political contributions when he was the deputy prime minister and not bribes.

"The decision to appoint DTSB was not made by me. I have no authority as it is under the jurisdiction of the Finance Ministry.

"The process carried out by the Finance Ministry, Home Ministry and Immigration Department to award the polycarbonate contract to DTSB was in order and according to stipulated procedure.

"All procedures were conducted appropriately by my officers at the Home Ministry and was verified by the Finance Ministry before the contract was awarded to DTSB," he said.

He said this when questioned by his lawyer, Datuk Ahmad Zaidi Zainal, in his defence against 47 charges, 12 of them involving breach of trust, eight charges of corruption and 27 charges of money laundering, involving tens of millions of ringgit in funds belonging to YAB.

Ahmad Zahid said when he was home minister, General (retired) Tan Sri Mohamed Hashim Mohd Ali (former DTSB director) had submitted a letter title "Application to Supply Passport chip for five years or 12.5 million chips" which would be embedded in the Malaysian passport polycarbonate biodata page to the government via direct negotiation.

"He (Mohamed Hashim) later became a director of several listed companies, including a director of DTSB. I have known him for more than 20 years since I was in the Defence Ministry of not because of his involvement in business but as an officer of the Malaysian Armed Forces, "he said.

The Bagan Datuk MP also said Abu Hanifah, who is the 32nd prosecution witness, had stated in court that the cheques were given to him as a political fund which was part of a charity.

"Chew Ben Ben (the 34th prosecution witness) also testified during the re-examination by the prosecution which he stated that based on his understanding, political money is also included as charity.

"Datuk Abu Hanifah and Chew Ben Ben also stated that the issuance of these two cheques has nothing to do with the appointment of DTSB to execute the polycarbonate contract, in fact the cheques that were credited into the customer account of Messrs Lewis & Co is a political contribution to me," he said.

Based on the 14th and 15th charges, Ahmad Zahid is alleged to have received bribes amounting to RM6mil from Chew as a reward for appointing DTSB to implement a passport chip project for a period of five years or for a total of 12.5 million chips to be included in the polycarbonate biodata page of Malaysia's international passport by the Immigration Department through direct negotiations under the Home Ministry.

The trial is being conducted before Judge Datuk Collin Lawrence Sequerah. – Bernama 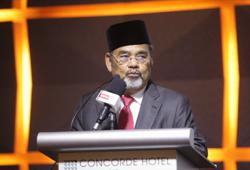 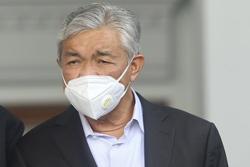