PETALING JAYA: The passing of several Bills in Parliament, including anti-party hopping and political funding, will be a “golden requirement” before the general election is called, say political leaders.

Pakatan Harapan communications director Fahmi Fadzil said several Bills were required to be brought to Parliament before the memorandum of understanding with the government expires on July 31.

“It includes the anti-party hopping Bill for certain,” he said.

On Saturday, Minister in the Prime Minister’s Department (Parliament and Law) Datuk Seri Dr Wan Junaidi Tuanku Jaafar said the proposed law to regulate political funding and separate the roles of the Attorney General (AG) and Public Prosecutor (PP) were not likely to be enacted before the 15th General Election, if it is called this year.

He attributed this to the fact that both proposals were still at its “infant stage”.

DAP MP Charles Santiago said the anti-hopping law would be among the “golden requirement” if the government is calling for a general election soon.

“This is because we do not want to see a repeat of the ‘Sheraton Move’.

“However, the government has been responding well to push for it and a Special Parliament Select Committee is looking into it,” he said.

“At the moment, we are looking at the laws that are being implemented in other countries, as well as expert recommendations on the political funding Bill to make sure it is appropriate for the implementation in the context of Malaysian democracy,” said Ahmad Fadhli, who is All-Party Parliamentary Group Malaysia (APPGM) on Political Financing chairman.

He said many studies had been done since 2009 by experts as well as members of APPGM.

“We are ready to have a meeting as well as cooperate, especially with the government, to ensure that this Bill can be completed as well as tabled in Parliament in the near future.

“The presentation of this Bill should not be delayed again. In fact, it should be expedited for the sake of the sustainability of our country’s democracy,” he said.

Umno secretary-general Datuk Seri Ahmad Maslan reiterated the party’s support to speed up the implementation of the Bills on political funding and anti-hopping.

This, he said, was in line with the motions adopted in the recent Umno general assembly. 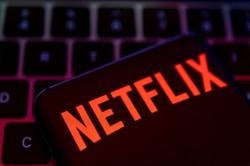 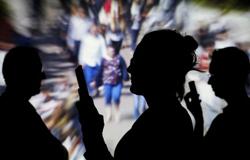