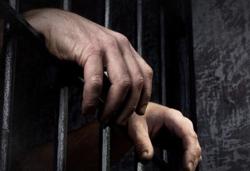 KOTA KINABALU: A senior citizen has been sentenced to a year's jail and fined a total of RM206,000 for illegal possession of protected wildlife.

Chung En Kin, 66, faces additional jail time if he fails to pay the fines for the three offences committed in 2019.

Sessions Court judge Elsie Primus imposed the sentence on Chung when the case was brought up for sentencing on Friday (May 20).

According to the court, Chung was sentenced to a year's jail and fined RM150,000 in default an additional one year’s imprisonment for possessing 36.10kg of banteng (wild buffalo) meat on the first charge.

The banteng or tembadau is a fully protected animal under the Wildlife Conservation Enactment 1997.

For the third count, he was fined RM37,000 in default five months' jail for possessing 4.8kg of sambar deer (Cervus unicolor) meat, its four legs weighing 3.4kg and one horn.

He committed the offences at a jewellery shop in Kota Belud district on April 18, 2019.

In her judgment, Elsie said the offence was serious as it involved wildlife such as fully-protected species.

She said a lesson had to be imparted at large to prevent similar offences.

ALSO READ: Move to step up wildlife enforcement in Sabah

Chung’s lawyers filed for a stay of execution pending an appeal to the High Court, to which the Sessions Court allowed additional bail of RM20,000 with the same two sureties given previously.

He was also ordered to report to the nearest police station twice a month.

In mitigation, counsel Sylyester Kuan applied for a good behaviour bond, taking into consideration the accused's age and the fact that he was a first-time offender.

In reply, Sabah Wildlife Department prosecuting officer Abdul Karim Dakog urged for a deterrent sentence as this was not only a serious offence but also one that received close attention from within and outside the country.

He said if no stern action is taken, animals would continue disappearing from Sabah while the state’s image would also be tarnished.

He said a lenient sentence would give an impression that Sabah was not serious in preventing wildlife extinction and in protecting the environment.

The court ordered for the notice of appeal to be filed on or before Monday (May 23), failing which the stay of execution would be revoked.