Getting the itch to travel again 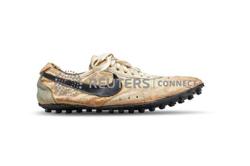 PETALING JAYA: With restrictions easing, Malaysians will start travelling overseas in the next few months for various reasons.

While many will start flying next month for their pilgrimage and business, industry leaders said more would do so for leisure beginning the third and fourth quarters of the year.

“Many are getting their preparations done for their upcoming travel plans from June onwards,” said Malaysian Association Of Tour And Travel Agents (MATTA) president Datuk Tan Kok Liang.

He said that state MATTA fairs were also coming up in June, July, and August due to the expected increase in demand.

“Ever since the country’s borders reopened, people have been making bookings for overseas holidays.

“We are in the second quarter now where the high demand for flight tickets is more for family gatherings, meeting relatives and friends and some social visits.

“We will see more people travel for leisure towards the fourth quarter of the year,” he said.

Some of the popular destinations among Malaysians are Turkey, Europe, the Middle East, Australia, Indonesia, China, Thailand and Vietnam, said Tan.

“The demands are based on the border flexibility and accessibility,” he said.

Tan said flight connectivity had improved extensively after the relaxation of the Covid-19 testing requirements from May 1 in Malaysia.

“When people can travel in and out freely, airlines will demand both inbound and outbound traffic, which will boost the economy.”

Tan added that the arrival of inbound travellers was expected to increase steadily towards the third and fourth quarters of the year.

Amid the promising tourism outlook, he noted that operators were facing several challenges, such as restructuring of operations and workforce to meet the surging demand after a two-year hiatus.

“Also, the airfare and tour packages are getting more expensive with limited choice and whether the infrastructure is still there to cater to the demands,” he said, adding that people should plan their holidays early.

Malaysian Tourism Council president Uzaidi Udanis, who has just returned from London after a work trip, said that some of the favourite destinations among Malaysian travellers were Dubai, Turkey and Britain.

“There are many Malaysians in London. Malaysian-owned hotels there are also full of our people.

“That’s the travel trend now, even though it’s not a school holiday period,” he said, adding that the tourism industry is strong amid several challenges.

Compared to the British, he said the high demand and long queue of Malaysians renewing their passports were “not that bad” because it took much longer in Britain.

“The people there are having it worse, with many waiting for months to have their passport renewed.”

From his interactions with tour operators in London, Uzaidi said the demand for British tourists to visit Malaysia was “huge” and called on all tourism players to be “aggressive” in their service and products.

Entrepreneur Sharyl Ong, 39, from Selangor, said she was looking forward to her Melbourne trip, where she graduated and worked for eight years.

“It has been three years since my last visit.

“My July trip will be a business-leisure one, as I will be meeting up with some prospects, friends and relatives,” she said, adding that she would also fly to Britain after two weeks to see her parents. 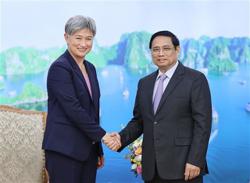