KOTA KINABALU: The "Malaysian" man, who was recently barred from entering Manila for alleged terror links and later discovered to be part of the notorious militant Abu Sayyaf group (ASG), was not under Sabah’s latest list of wanted criminals, say police.

Eastern Sabah Security Command (Esscom) commander Deputy Comm Hamzah Ahmad said the 53-year-old man who goes by the name "Omar Harun" on his Malaysian passport was not on their list of wanted people.

The man also goes by the Filipino name of "Airola @ Satar".

Three of these five – Ahadin, Ellam and Ismurah – were suspected of involvement in a kidnapping case in Tambisan waters two years ago.

DCP Hamzah said Madjid Said was the most senior head of the Sulu-based Daulah Islamiyah and also served as the commander of the ASG in Sulu and a sub-leader intended as a replacement for its slain leader Hatib Hajan Sawadjaan.

Mudzrimar is a nephew of Hatib and sub-leader in Abu Sayyaf and has expertise in making bombs and had planned the explosion at the Our Lady Of Mount Carmel Cathedral in Jolo on Jan 27, 2020, and another incident there on Aug 24 that year.

Asked if Omar was being monitored or under investigation for any cases in Sabah under his Malaysian or Filipino name, he said "we will not reveal even if he was under probe".

Recently, a local newspaper reported that Omar was named as one of the 20 people wanted for kidnap for ransom activities in Sabah.

On Friday (May 13), Philippines's Southern Police District (SPD) director Brig General Jimili Macaraeg said the suspect has been placed under arrest after it was found that he was a Filipino citizen who used a Malaysian passport to hide his real identity.

He said a witness, who was also a kidnap victim in August 2002, had positively identified Airola through a photograph as one of her Abu Sayyaf abductors.

He said they were conducting a thorough investigation and intelligence gathering to determine the reason for his (Airola) return to the country considering he is a fugitive wanted by the law.

Regional intelligence sources also said that he was listed on the terror list for his involvement in facilitating five Malaysians linked to Jemaah Islamiah activities involved in the failed 2017 Marawi siege. 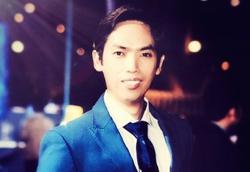