JB-Singapore taxis back in full swing

A poster informing the public that cross-border taxi services between Johor Baru and Singapore have resume at Larkin Sentral Bus Terminal here in Johor Baru on May 1.

JOHOR BAHRU: The resumption of cross border taxi services between Singapore and Malaysia on Sunday (May 1), after about two years operations were suspended due to the Covid-19 pandemic, is a blessing and a gift for taxi drivers in both countries.

After being unable to earn for so long, they were now busy ferrying passengers from Larkin Sentral Bus Terminal here.

Arshad Abdul Jalal described the moment as a blessing before Syawal since the problem of applying for a permit to go to Singapore that they faced previously has been resolved.

"Right at midnight, we already started taking passengers here and also in Singapore.

"After two years of not being able to enter Singapore, today is the first day we will resume our operations.

"I am grateful as the process of getting a permit to Singapore takes time, but thanks to all parties the borders have reopened....the extreme joy is indescribable," the 56-year-old driver, who has been driving for five years, told Bernama at the Larkin Sentral Bus Terminal here Sunday.

Singaporean taxi driver. Hanif Mahbob, 69, also expressed delight that the resumption of cross-border travel would give him opportunities to meet his fellow taxi friends.

"I feel very happy to be able to meet my friends again in Johor. After two years of driving only in Singapore, now when I can enter Johor, I feel excited," said Hanif, a taxi veteran of 38 years.

He added that three bus companies, SBS Transit, Singapore Johore Express and Causeway link were currently operating, with the first bus service beginning at 5.20am and the last trip at 12.30am.

"The cross-border buses operate about 100 trips daily and it is expected to increase during the second week," he said.

Mohd Helmi said there were about 60 Johor Bahru-Singapore taxi drivers, with an estimated 30 of them starting their operations today, while the rest were still in the process of renewing permits and getting approval from the Singaporean Transport Ministry.

"However, we expect the number of the cross-borders taxis to increase in time," he explained.

Checks by Bernama at Johor Causeway found the traffic flow from early morning until noon was congested and vehicles were moving slowly from Singapore to Johor Bahru.

Other checks at Permaisuri Zarith Sofiah Opera House, which faces the Causeway, revealed that vehicles were almost at a standstill due to the increase in traffic volume entering Malaysia. 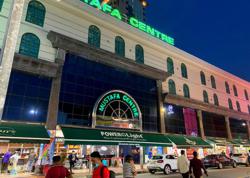 Employees wax lyrical about remote work
Zahid wants to mend ties
Lower temperatures good for some, bad for others
Penang Jade Emperor birthday bash wows crowd from all over
Flexibility may be the answer
Fun-filled activities while waiting out floods
Golding crowned ninth most handsome
FWAs are increasingly asked for during interviews
Bad weather affecting traditional bahulu maker
Hot concern over cold snap