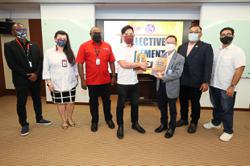 Sealed deal: Yeow (second from right) exchanging documents with Ravi after the Star-NUNW collective agreement signing ceremony at Menara Star, Petaling Jaya. With them are Terence (right) and Subramaniam.

PETALING JAYA: The inking of the 16th collective agreement (CA) between the National Union of Newspaper Workers (NUNW) and Star Media Group Bhd is proof of the company’s continued commitment towards worker welfare.

Group chief executive officer Alex Yeow said it was good that both the management and union were able to reach an agreement after more than a year of discussions.

“From here, we can work towards making 2022 a good turnaround year for the company.

“Similarly, the company’s prospects are also looking good moving forward,’’ he said after signing the CA in a ceremony at Menara Star here yesterday.

NUNW general secretary R. Ravi, who represented the union, expressed satisfaction on the smooth handling of negotiations for the agreement.

“We are happy that both parties were able to agree in an amicable manner with a wage increment for our members.

“We would also like to thank the company for coming to an agreement with the contents of the CA,” he said.

The CA will see wage increments for all its members.

Backdated wages, from the expiration of the previous CA in January 2021, were expected to be paid in June.

The 2021-2023 collective agreement covers 147 non-executive workers, including those from the print, circulation, revenue, transport and administration departments. 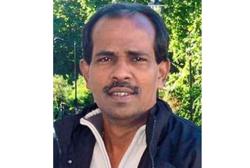