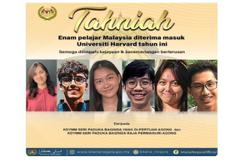 PETALING JAYA: A record-breaking six Malaysians have been accepted into the prestigious undergraduate school at Harvard University.

This is despite the university having the lowest acceptance rate in its 386-year history this year.

They plan to pursue their studies in a wide range of fields including astrophysics, economics and public policy, politics and sociology.

“We are thrilled that a record-breaking five Malaysian students were accepted to Harvard College in a single year,” she said in a statement on Saturday (April 2).

In announcing its admissions decision, Harvard also announced that families making less than US$75,000 (RM316,000) annually will not be charged tuition, an increase from the previous threshold for full financial aid of US$65,000 (RM274,000).

Harvard practices need-blind admission, a process that ensures the application process is independent of a student’s application for financial aid or ability to pay.

“It has always been the mission of Harvard College to provide educational opportunities to the best and brightest students around the world from all backgrounds, regardless of their social or economic status.

“This singular focus on excellence is integral to Harvard’s vision to serve as a haven for the world’s most ambitious scholars and leaders,” said Wan Nadiah, who is TMC Life Sciences Bhd group CEO and Thomson Hospital Kota Damansara chief executive officer. 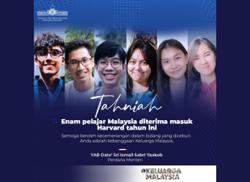 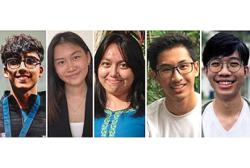