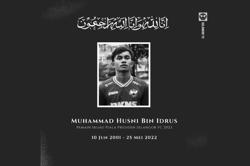 PETALING JAYA: A state-level commission of inquiry is needed to investigate the root cause of the Ampang landslide and to prevent any further danger, environmental groups say.

After four people died in the landslide in Taman Bukit Permai, the groups are urging the authorities to thoroughly probe why the tragedy happened.

On March 10, a landslide at Taman Bukit Permai left four people dead while a fifth victim suffered minor injuries. The residents of 63 houses there were also evacuated.

“We cannot just blame the rain. The rain may have been a trigger but usually in this type of situation, it is not just the rain,” said Sahabat Alam Malaysia (SAM) president Meenakshi Raman.

“There must have been signs and triggers other than heavy rain.

“Nobody has called for a commission of inquiry even though the incident is very serious. Lives were lost,” she said.

Meenakshi stressed that landslides do not happen overnight and disturbances such as water flow, the existence of streams, logging and slope-cutting were usually contributing factors to a landslide.

These are questions that must be raised during the inquiry, she said.

“A commission of inquiry chaired by independent people and experts is crucial to provide recommendations on improvements for environmental policy, laws or guidelines in the landslide prone area.

“This is not the first time that a landslide has happened in the Ampang area.

“Our regulations and policies on hill slopes, particularly in Selangor, need to be looked at,” she added.

Meenakshi said Selangor should follow the example Penang which called for a state-level commission of inquiry after the Tanjung Bungah landslide in 2017.

“We need to take this seriously,” she said.

He highlighted that the natural loss of vegetation on hill slopes and human activities there, were among possible factors behind the landslide.

Another NGO proposed a warning system to alert residents around the area in the event of any soil movement.

As more hill slopes around the country undergo development for various reasons, it should also be followed by adequate investment in mitigation measures, he added.

Jeremiah said that before development was allowed in a certain area, it was critical to monitor the slopes.

Meanwhile, Ecotourism and Conservation Society Malaysia president and chief executive officer Andrew Sebastian said the relevant authorities had still to learn from previous landslide incidents such as the Highland Towers tragedy in 1993.

“There were Cabinet committees after that disaster and a lot of commitments were made by the state and Federal governments to ensure a similar incident would not happen, but it is still happening.

He urged local authorities who approved building structures and facilities in hilly areas to bear the responsibility of keeping people safe by constantly monitoring such areas.

He also stressed that forested areas must not be disturbed.

A slippery slope to disaster 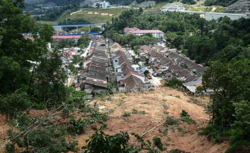