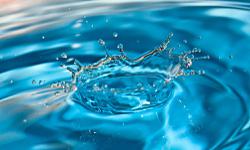 Its chairman Datuk Dr Mohd Khairuddin Aman Razali said it would include the Semerak LRA, which is scheduled for completion in 2026, and would benefit 300,000 residents in the Bachok and Pasir Puteh district.

Others are the Chicha LRA, Tanjung Mas LRA, Bukit Chupak LRA and five mini-LRAs, which will be built in Pengkalan Chepa, Bechah Mulong, Kampung Pengkalan Kubor, Kampung Laut and Kampung Paloh, he added.

He said the allocation would also be used for upgrading of existing LRA at Merbau Chondong and replacement of old pipes in all districts in Kelantan.

"Construction work on all the projects will begin in the second half of this year and is expected to be completed in stages between 2024 and 2026, thus reducing non-revenue water (NRW) and operating costs to Air Kelantan Sdn Bhd (AKSB)," he said.

He told reporters this after a meeting with Kelantan Public Works, Infrastructure, Transport and Utilities Committee chairman Datuk Azami Mohd Nor at the Kota Darulnaim Complex here Sunday (March 13).

Mohd Khairuddin expressed the hope that upon completion of the projects, it would address the water problem in the state.

He said PAAB had implemented several projects in Kelantan, including construction of five tube wells at the Chicha LRA and Kampung Puteh LRA in Kota Bharu which completed in 2019, as well as the installation of new water pipes and replacement of old pipes, which was completed last year.

"Besides that, there are two projects which are currently at the construction stage, namely the construction of tube wells at the Tanjung Mas LRA and the installation of water pipes from Medan Telaga, Kg Tok Jaafar to the Pintu Geng LRA which is implemented under the supervision of AKSB,” he added. - Bernama 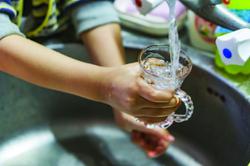