He said with forests no longer kept well, they would not be able to provide food for the tigers.

"Perhaps if it was 50 to 60 years ago, when logging activities were done correctly, there might be a chance for prey to live.

"Back then, there was selective logging done where trees were still able to regrow.

"But now, to say that logging doesn't affect tigers is incorrect," he said at Zoo Taiping and Night Safari here on Thursday (Jan 27).

On Monday (Jan 24), Kelantan Forestry director Abdul Khalim Abu Samah claimed that logging activities in the state did not affect its tiger population.

His response came after a claim that the presence of tigers near Orang Asli villages in Gua Musang were the result of excessive logging.

Dr Lazarus, who is also the Zoo Taiping director, said a tiger usually needs between 200km and 300km of area to roam.

"Their roaming area depends on the thickness of the forest as well as the food source.

"If the forest is thick but lacks a food source, they might need a bigger roaming area and vice versa.

"Four female tigers need at least 70km to 80km to roam and hunt for food," he said. 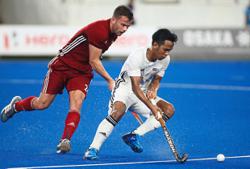