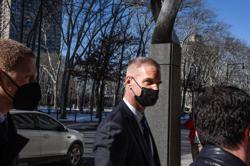 During cross-examination here on Thursday (Jan 27), the 12th prosecution witness also disagreed to a suggestion by lawyer Tania Scivetti, who represented Datuk Seri Najib Razak, that he was not charged in court despite his role as a signatory because he testified against the former prime minister.

The issue was brought up by Scivetti, who was referring to a group of Goldman Sachs officers that faced criminal prosecution over the 1MDB scandal.

The witness was then referred to a guilty plea by Leissner in the United States court in 2018 on two charges relating to 1MDB.

Leissner pleaded guilty to two charges of conspiring to launder money and to violating anti-bribery law over funds misappropriated from 1MDB and paying bribes to various Malaysian and Abu Dhabi officials.

He agreed to forfeit US$43mil (RM180mil) as part of his guilty plea.

Scivetti suggested to Azmi that the Malaysian officials mentioned in the charges against Leissner were Azmi and former 1MDB CEOs Datuk Shahrol Azral Ibrahim Halmi and Mohd Hazem Abd Rahman.

Scivetti: The 1MDB officials that Tim Leissner and Goldman Sachs officers pleaded guilty to bribing were in fact, you, Shahrol and Hazem?

Scivetti also suggested that Shahrol Azral had received a US$4mil (RM16.8mil) payment from Leissner in cash to avoid digital footprint of the cash transactions.

She suggested that Azmi, together with Shahrol Azral and Mohd Hazem had profited from the money.

The witness disagreed with the suggestion.

The hearing continues before Justice Collin Lawrence Sequerah on March 14. 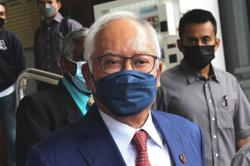 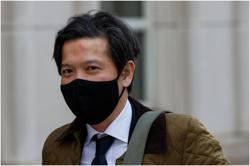