PETALING JAYA: Ahead of the upcoming Parliament meeting in March, a group of NGOs has urged MPs to back a Bill by the Health Ministry that seeks to ban smoking for future generations.

"We urge all leaders and MPs attending the Parliament meeting to be united in passing a very good proposal for the future," the 57 health NGOs said in a joint statement on Monday (Jan 17).

They were referring to Health Minister Khairy Jamaluddin's recent statement that Putrajaya plans to ban smoking among future generations, and that a new Tobacco Smoking Control Act will be tabled at the upcoming Parliament meeting.

The NGOs also urged tobacco industry players to be open to the ministry's proposal in order to protect future generations of youths from becoming addicted to smoking.

"We want to protect our grandchildren from smoking addiction, whether it is conventional cigarettes or electronic cigarettes," the statement added.

The NGOs claimed that more than half of Malaysian men are smokers, but did not provide any figures.

They also said statistics showed 75% of deaths related to tobacco were due to second-hand smoke, and many of the victims were women and children.

The NGOs said Putrajaya must be "bold and brave" in greatly reducing the number of smokers.

"Malaysia is still dealing with a challenging situation where the percentage of smoking has only decreased from 23% to 21% from 1986 till now.

"Costs of treating diseases caused by smoking have also became a burden on the country's healthcare system and finances," the statement added.

"Therefore, the bold and brave proposal to ban smoking for future generations in a proposed Bill should be supported and commended," it said.

"We would also like to remind the Health Ministry and its related agencies that bans should be extended to all smoking-related products, including e-cigarettes," it added.

Khairy had said the proposed Tobacco Smoking Control Act will not just regulate e-cigarettes and vape products, but also enforce a "generational end game" for smoking in Malaysia.

"Allocation for this end game must be created to ensure that there comes a time when the new generations in this country will no longer know what a cigarette is," Khairy was quoted as saying in a transcript to the press provided by the ministry.

It is similar to a move by New Zealand, which plans to ban the sale of cigarettes to anyone born after 2008 in a law expected to be enacted this year.

New Zealand plans to raise the legal smoking age from 18 annually, allowing existing smokers to continue buying tobacco products, but banning the sale of cigarettes to anyone born after that year. 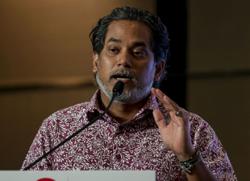 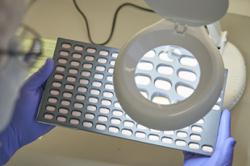