KUALA LUMPUR: Prime Minister Datuk Seri Ismail Sabri Yaakob has given his commitment to assist Rohana Abdullah, who was abandoned as a two-month-old baby at a kindergarten 22 years ago after her Indonesian mother returned to her country.

The matter was stated by Ismail Sabri through a video shared on the social media.

The Prime Minister is seen in a vehicle, speaking to Rohana to get a true picture of he difficulties faced by the young woman.

Ismail Sabri says he found out about the difficulties she experienced by reading about it in the newspaper.

The Prime Minister then says that his officer will contact the National Registration Department to assist with Rohana’s documentation.

“If there is any (development) later, my officer will contact you,” he says in the one-minute, five-second video.

Rohana is heard thanking him and saying that she hopes he can help her.

Rohana, 22, was abandoned by her Indonesian mother and was raised by Chee Hoi Lan, 83, a kindergarten teacher where Rohana’s mother worked as a cleaner.

Rohana was reportedly forced to drop out of school because she did not have identification documents and had experienced anxiety due to the problems. – Bernama

Chee raised Rohana to be a good Muslim 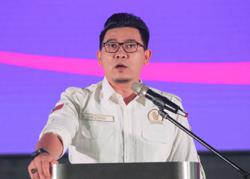 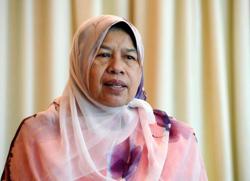 KTM ETS, Intercity tickets for rides between July 1, Dec 31 available from May 27
Toddler dies after being hit by school bus
Malaysia, Thailand agree crucial to enhance close defence relations, says Hisham
INTERACTIVE: Covid-19 cases have eased in Malaysia; is the country finally turning the corner?
‘Enhance cooperation in Asia’
Anthony jailed and fined
No reports of Malaysians affected by Tak Bai bomb blasts
A shot in the arm for PBM
Hamzah: She has shown her true colours
Bersatu moves to replace Zuraida with another party leader