M-cyclist, 84, dies after colliding with another bike in JB

JOHOR BARU: An 84-year-old man was killed while another man was badly injured after their motorcycles collided on Jalan Permas Barat here.

“The vehicles collided near the Jalan Permas Jaya intersection, heading from Plentong towards Permas Jaya,” he said in a statement here.

He added that the police were seeking witnesses to the incident to help with the investigation.

The case is being investigated under Section 41(1) of the Road Transport Act 1987 for causing death by reckless or dangerous driving.

“The 37-year-old man is currently being treated at the Sultan Ismail Hospital. 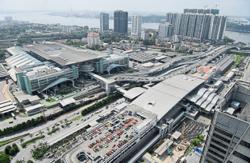