Programme to get Sarawak youths interested in politics mooted by assemblyman

SIBU: A young councillor programme should be set up to get youth interested and understand politics, especially with the implementation of Undi18, said Pelawan assemblyman Michael Tiang.

"Few years ago, I proposed to Dr Sim to set up a young councillors program and he agreed to it. I will propose it to him again," he said during a media appreciation night on Thursday (Jan 13) following his 12th Sarawak State Election victory.

The Undi18 constitutional amendment lowered the voting age to 18 and also made it the minimum age for a Malaysian citizen to run for public office.

Tiang said youths did not have enough opportunity to get involved in politics and public administration.

"They also do not understand how governments work as they were not given a chance to be involved in politics and public administration.

"They never have a clear view of it," he said.

Tiang said the young councillors program would be a platform to cultivate and nurture youths in politics including preparing them to be future leaders.

"It will be beneficial to the young voters who cast their vote as Undi18 has been approved," he added. 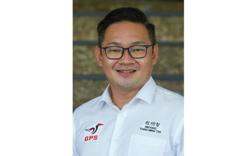