Cutting down the food import bill 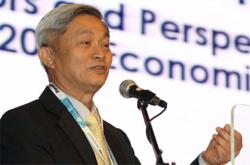 PETALING JAYA: Urban farming is a way to lower the nation’s growing dependence on imported food which carries an annual bill of more than RM50bil and rising, say experts.

This comes amid a supply chain disruption in the food sector and rising cost of living due to the ongoing global Covid-19 pandemic.

“The industrial crops, mainly palm oil, have contributed significantly to the Malaysian economy.

“On the other hand, food production comprising crops, livestock and fishery is still lagging with the net import of around RM21.7bil in 2020.

“This has yielded disparity in terms of optimal utilisation of resources and the contribution to the country’s economy, especially in terms of food security,” he told The Star.

Prof Nasir, who is attached to Universiti Putra Malaysia, also said that further reduction could be made to the import bill by developing local components as alternatives.

“For instance, in poultry and ruminants, key ingredients such as corn and soybean meal, which make up 80% of a typical poultry feed mix, are all imported.

“Only 5% of the poultry feed component is locally produced.

“In vegetable production, around 90% of the seeds are imported.

“In moving towards creating a new balance for food security, Malaysia needs to overcome the heavy dependence on agricultural input imports,” he added.

He said a large portion of the amount was attributed to high import value such as cereals and cereal preparations, coffee, cocoa, tea and spices.

According to the Department of Statistics Malaysia, the nation imported mutton (RM879.4mil), mango (RM87.9mil), coconut (RM266.1mil), and beef (RM2.2bil) – from Australia, Thailand, India and Indonesia respectively – to meet domestic demand in 2020.

The data also showed a staggeringly high import bill for chillies, ginger and round cabbage.

Malaysia only produces 71% of rice, fruits (66%), vegetables (40%) and ruminants (29%) of what we need, according to a Malaysian Agricultural Research and Development Institute report.

Khazanah Research Institute deputy director of research Dr Sarena Che Omar said it is crucial for the nation to strike a balance between its reliance on food imports and self-sufficiency.

“Global disruptions tend to be temporary. However, with a huge reliance on imports, we are vulnerable to global price volatility.

“The answer is not in ‘let’s fully grow everything and have zero imports’. That is a wrong mentality.

“The answer is in how we can balance a healthy import bill and quality local food production,” she said.

She cited as an example of some 70% of rice that is grown locally and 30% imported.

This, she said, is a healthy balance as it would help ensure supply in the event of disruption to local production.

Sarena, whose area of specialisation is food, agriculture and sustainability, suggested that the import cost of rice be reduced by promoting local fruits and locally grown exotic rice for consumption and export.

“We have an abundance of tropical fruits apart from heirloom local rice varieties grown in the Bornean states of Sarawak and Sabah.

“There are numerous varieties which could be promoted as connoisseur rice.

“All these artisanal special products give us a competitive advantage due to our tropical location,” she added.

Sarena said that while a high import bill also signifies growing affluence in society, there are still segments in the community who have less access to a balanced nutritious diet, resulting in reports of malnutrition.

“If you look closely at the breakdown, the steady increase in the food import bill is also due to more imports of food items such as avocados, salmon and chocolate, as well as cereal and wheat due to changing diet patterns.

“But there is also the issue of access to basic food where there are reports of malnutrition in certain segments of the society,” she said.

She said that urban farming is an area which should be given attention as a means to lower import dependence while promoting access to food in the community. 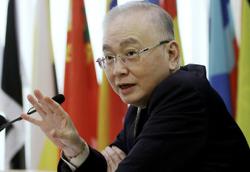