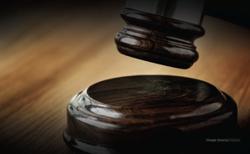 KUALA LUMPUR: The Syariah High Court here on Tuesday (Jan 11) postponed the hearing of a claim for the matrimonial property worth RM1bil submitted by Puan Sri Dr Kalsom Ismail, who is the widow of Tan Sri Jamaludin Jarjis, a former minister who was killed in a helicopter crash in 2015.

Syarie lawyer Nur Hidayah A. Bakar, representing Jamaludin's mother, Aminah Abdullah, 88, who was the fifth defendant in the case, said judge Haznita postponed Tuesday’s hearing as there were several issues on documents raised by both parties, including on the statement by the plaintiff (Kalsom) which was only filed and submitted to the defendants on that same day.

Nur Hidayah said she needed time to study the documents and also applied for costs of RM100,000 to be paid by the plaintiff based on several factors, including her client’s age and for the delay in filing the statement, but it was dismissed by the court.

Members of the media were not allowed inside the court room in compliance with the standard operating procedures set by the court to prevent the spread of Covid-19.

Kalsom, 66, was claiming for the matrimonial property, including properties in Malaysia, the United States of America and Mecca, as well as several companies.

It is understood that Kalsom filed the matrimonial property claim in October 2018 last year and had named her four children - Ikwan Hafiz, Nur Anis, Nurul Alyaa and Noor Adilla - as well as Kalsom, as defendants.

Jamaludin, who was also the former Malaysian Ambassador to the United States, was killed on April 4, 2015, after the helicopter he was travelling in from Pekan, Pahang, enroute to Kuala Lumpur, crashed at Kampung Sungai Pening, Semenyih, Selangor, at 4.55pm.