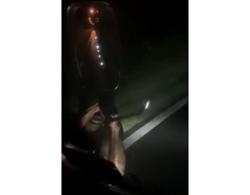 KOTA KINABALU: Seven teenagers, seen in a viral video beating up a hawker in the open area of a market in Kunak, have been arrested.

The teens, said to be friends from the same village, were allegedly unhappy with the 17-year-old victim who they claimed had short-changed them over the sale of second-hand clothes.

The incident in the video clip took place at around noon on Dec 28.

A police report was lodged by the victim last Friday after he discovered the 28-second video had gone viral in the “Orang Kunak” Facebook page.

Kunak district police chief Supt Sabarudin Rahmat confirmed the arrest of all the suspects aged between 14 and 17 on Saturday.

It is learnt that five of the six suspects are not schooling, and only a 14-year-old is still attending school.

Most of them do not have proper identity documents apart from their birth certificate.

The victim and suspects had apparently bought used clothing together.

The fight was said to have been triggered when the victim sold the clothing but did not share the profits equally among them.

The boys then decided to take revenge on the victim, who sells snacks at Kunak’s Simpang Empat market.

The video was believed to have been recorded by one of the assailants.