jOHOR BARU: Johor MCA has set up a special committee to handle floods that might occur over the next few days, says Datuk Seri Dr Wee Ka Siong.

“The committee is divided into three zones – south, central and north – to better deploy volunteers to assist the affected areas.

“They comprise MCA Crisis Relief Squad (CRSM) members and volunteer firefighters who are trained and experienced in flood mitigation from past incidents.

“During the floods in other states like Selangor and Pahang, about 100 of our volunteers were sent there to help and this was not including local volunteers.

“The committee aims to give fast response to flood victims in rescue efforts, coordination with government agencies and aid distribution,” he told a press conference after chairing a two-hour hybrid meeting with the state MCA liaison committee yesterday. 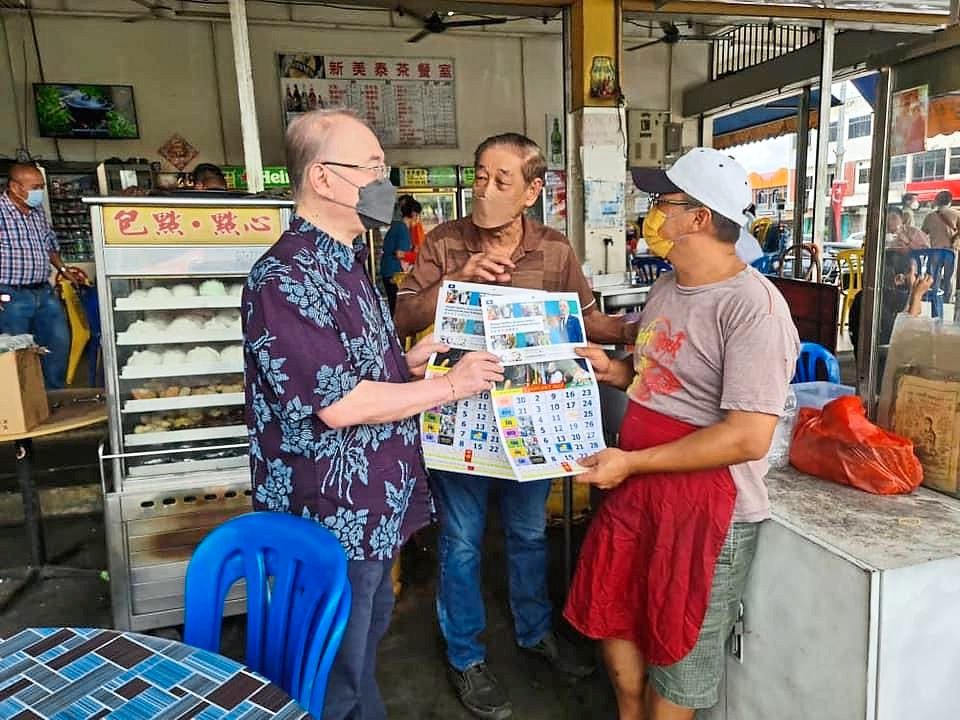 Here’s to a better year: Dr Wee (left) distributing 2022 calendars while chatting with locals at a Ayer Hitam coffee shop.

The Meteorological Department (MetMalaysia) had issued a yellow alert of continuous rain forecast for Sabah, Kelantan, Terengganu, Pahang and Johor due to the current monsoon season, which is expected to continue until Jan 2.

The Transport Minister has arranged for about 10,000kg of rice and other essential items to be stocked at his service centre’s food warehouse in Yong Peng.

“The possibility of a second wave was a hot topic among locals when I visited Ayer Hitam town to distribute next year’s calendar to the people.

“Since 2006, Ayer Hitam was hit by three major floods. The incidents are still fresh in my memory,” said the Ayer Hitam MP after a walkabout in the town.

Dr Wee said the locals were well-informed about the weather forecast and were prepared.

“They have returned to make preparations to face possible heavy rain and floods,” he said.