KUCHING: Those who vote in the Sarawak state election will get a RM3,000 "special fund" payment if Parti Bumi Kenyalang (PBK) wins the election, says its president Voon Lee Shan.

"Our political rivals took the (opportunity) to belittle this fund which will be given to those who vote in the 12th Sarawak election if PBK forms the new government.

"Our opponents are throwing all kinds of accusations with the intention of defaming PBK and putting off voters from supporting the party.

"The good response PBK received has given many rival politicians and their supporters sleepless nights," he said in a statement on Thursday (Dec 9).

PBK is contesting in the Sarawak election for the first time and is fielding candidates in 73 of the 82 seats being contested.

Voon is in a five-way contest in Batu Lintang, where he once served as a DAP assemblyman in the 2006-2011 term.

One of PBK’s main missions is to seek independence for Sarawak.

Other pledges in the party’s manifesto, titled the "PBK Passport to Prosperity, Freedom and Independence", include providing free education to students of government tertiary institutions as well as giving deposit subsidies for first-time home buyers. 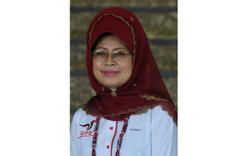 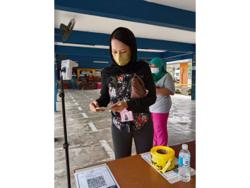