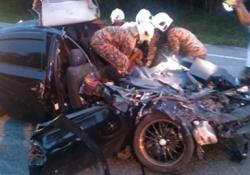 IPOH: A Puspakom inspector suffered light injuries after a runaway lorry crashed through a counter where he was seated at the Puspakom centre in Gopeng.

Kampar OCPD Superintendent Hasron Nazri Hashim said Muhammad Firdaus Azhar, 29, who was behind the counter, sustained head injuries during the 10.15am incident on Friday (Dec 3).

"He has been sent to the Raja Permaisuri Bainun Hospital for treatment," he said in a statement.

Supt Hasron Nazri said another inspector, Mohd Zaili Mat Sa'ad, who was assigned to check the lorry, was unaware that the driver had left it in gear.

"Mohd Zaili stood outside the lorry and turned on the engine.

"The lorry lunged forward and crashed into the counter," he said, adding that the vehicle was badly damaged during the incident. 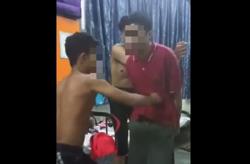 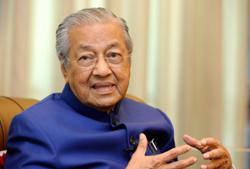