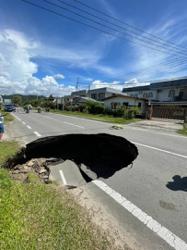 KOTA KINABALU: A sinkhole has appeared along a road that connects three schools as well as residential areas in Likas here.

“We have informed the Kota Kinabalu City Hall and other relevant departments,” he said.

The sinkhole appeared at about 11am and social media users started sharing pictures of it to warn the public.

In one video, an unidentified man is heard saying that he was lucky to be able to stop his car from plunging into the sinkhole while the vehicle behind him also managed to stop in time to avoid a collision.

Members of the public immediately put up tree branches around the sinkhole while many motorists turned back as the sinkhole cut off a section of the single carriage road.

Kota Kinabalu MP Chan Foong Hin urged the local authorities to launch a joint operation to thoroughly investigate the cause of the sinkhole. 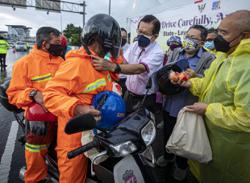 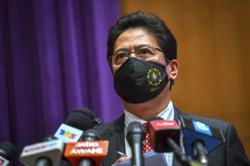