The Sungai Udang and Bemban assemblymen – Mohd Aleef Yusof and Mohd Yadzil Yaakub – must prioritise serving the people and not pick fights, he said.

“The state government has been formed and they need to work together and stop politicking,” he told reporters after attending a blood donation drive in Kampung Tersusun Tawas Tambahan here yesterday.

At the Melaka polls on Nov 20, Barisan Nasional won 21 of the 28 seats while Pakatan Harapan won five and Perikatan Nasional two.

Faizal, who is also Perak Perikatan chairman, said: “They have a responsibility to voice up for the people and state.

“Good state policies need to be supported, while things that are not good for Melaka must be brought up at the state assembly.”

Separately, Faizal said they had yet to decide on whether they would contest all the state and parliamentary seats in the 15th General Election.

He said they had not discussed the matter as there was still work to be done.

“Perikatan still needs to strengthen the teamwork between component parties and to prepare its election machinery.

“Then we will see how many seats we want to contest,” he added. 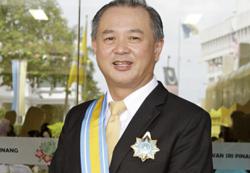