"We hope this downward trend will continue in the years to come," he said in his speech during the launching of the Gombak police headquarters on Monday (Nov 29).

He said he was proud of the Gombak police achievements in bringing down crime in its district.

On the headquarters, Mazlan said population and economic growth as well as development have had an indirect impact on Gombak in terms of public order and security.

"The district also is home to several places of public interest, which makes it popular with tourists.

"These factors supported the setting up of the Gombak police headquarters which is part of the force's strategic security plan in offering the best service possible to the community here," he said.

He hoped that the headquarters infrastructure would uplift the spirits of police personnel in Gombak and motivate them to offer quality, professional service to the community.

On fulfilling the demands of modern policing, Mazlan said the force has upgraded some of its assets in the aspect of weapons technology and logistics equipment, including new vehicles.

"Selangor police received 35 of the Toyota trucks on July 26," he said, adding that three of these vehicles were allocated to the Rawang, Selayang and Gombak police stations within the Gombak district. 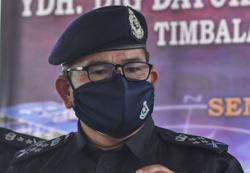 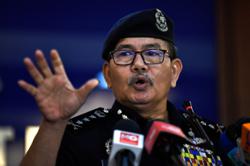