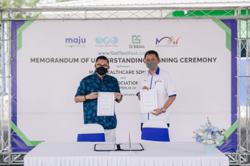 PUTRAJAYA: Malaysia has issued a travel ban to seven African countries following the discovery of the new B.1.1.529 Covid-19 variant.

Foreigners with a travel history to the seven countries within the last 14 days are also not allowed to enter Malaysia, he said.

Malaysians and permanent residents returning to Malaysia after visits to these destinations are allowed to enter but must undergo a mandatory 14-day quarantine.

“These travellers cannot undergo home quarantine. It has to be done at a quarantine station, regardless of vaccination status,” said Khairy.

Samples will also be taken from all travellers arriving from the said countries for genomic surveillance.

Khairy said based on genomic surveillance up to Nov 26, there are no reports of the B.1.1.529 Covid-19 variant in Malaysia. “The Health Ministry views the existence of this new variant seriously. We will increase our genomic surveillance on individuals arriving from affected countries.

“Continuous monitoring for the genomic surveillance is conducted by a consortium consisting of the Health Ministry through the Institute of Medical Research (IMR), the Science, Technology and Innovation Ministry as well as the Higher Education Ministry.

The first case involving the B.1.1.529 variant was detected in Botswana on Nov 11, while the second was found in South Africa on Nov 14.

An individual in Hong Kong who had recently visited South Africa was found to be infected with the same variant on Nov 25.

Reports have said the B.1.1.529 variant has 32 protein spike mutations – twice that of the Delta variant.

Scientists around the world are still trying to ascertain if this variant is more transmissible than the Delta variant and whether it could lead to severe illness. Vaccine efficacy is also undetermined.

On another matter, Khairy said the ministry will advise the government against holding the 15th general election soon.

Khairy said the recent increase in Covid-19 hospitalisations, adding to the emergence of the B.1.1.529 variant, means that it would not be a good idea to hold GE15 soon.

“The Health Ministry is of the view that the general election can be avoided. This is unlike the Sarawak election which has to be organised, and the Melaka election which was called following the state assembly’s dissolution.

“It will be irresponsible to hold the general election now,” said Khairy.

On the upcoming Sarawak election, Khairy said the ministry is still in discussion with the state government over the election standard operating procedures (SOP).

Meanwhile, Khairy said the country’s current Covid-19 situation is at a plateau, but certain states, especially the Klang Valley, are seeing a rise in hospitalisations and intensive care unit (ICU) admissions.

“Most of the Categories 3, 4 and 5 patients are those aged 40 and above. This could be because people’s antibodies wane after a certain period from being vaccinated.

“For this reason, the ministry is encouraging people to take booster doses to ensure optimum antibody levels,” said Khairy.

He said to date, 1,823,474 booster doses have been administered in the country. 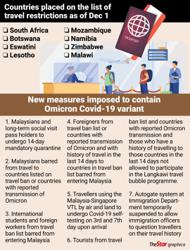