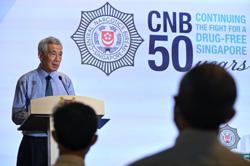 IPOH: Police have arrested 369 people, including a 13-year-old, in a joint anti-drug operation at 11 locations.

Perak police chief Comm Datuk Mior Faridalathrash Wahid said the arrests were made at drug dens identified in several areas, which the police declined to reveal, between Sunday (Nov 21) and Tuesday (Nov 23).

Comm Mior Faridalathrash said the 13-year-old boy was a school dropout and was arrested for drug use.

"Also arrested were five women and 30 foreigners, with the oldest being a 60-year-old.

"We also arrested one man under the Dangerous Drugs (Special Preventive Measures) Act and 11 individuals deemed as wanted persons," he said in a press statement on Tuesday.

"The operation was to act against active traffickers and users in several locations," he said, adding that Rela members also participated.

"It is to lessen the worries of the local community due to the presence of drug users in the respective areas," he added.

Comm Mior Faridalathrash said of the total arrests made, aside from the individual held under special measures, 47 were for distribution of drugs, 140 for possession and 181 for usage.

"The drugs seized are worth about RM33,800," he said, adding that several vehicles and cash totalling RM13,600 in value were also confiscated.

"The success of the operation is thanks to the close cooperation between the community and enforcement agencies, including the police," he added. 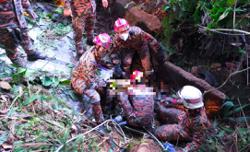 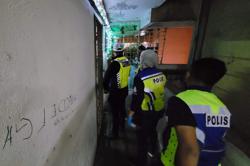