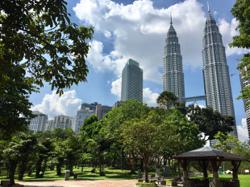 PUTRAJAYA: Integrity and good values practised by the Malaysian Family will ensure the success of initiatives outlined under the 12th Malaysia Plan, said the Prime Minister.

Datuk Seri Ismail Sabri Yaakob said the plan, aimed at improving the quality of life of the people and for Malaysia to become a high income nation can only be achieved if integrity remains at the core.

“Without integrity, those who have been entrusted to carry out programmes and plans under the 12MP will not carry out their responsibilities, and will be affected by personal interest.

“They will be involved in power abuse and corruption and this will result in leakages. In the end, the people will not benefit from the programmes and projects that the government has planned,” he said.

The Prime Minister was speaking at the closing of the National Integrity Convention. His speech was read out by Minister in the Prime Minister’s Department Datuk Seri Wan Junaidi Tuanku Jaafar.

Calling on all parties involved in the rolling out of government initiatives to have integrity, Ismail Sabri said by doing this, conflict and personal interests can be avoided and people would ultimately benefit from what the government had planned for them.

He said the National Anti-Corruption Plan was meant to make Malaysia a corrupt-free nation, create a positive perception of the country and boost the economy.

He pointed to countries such as New Zealand, Denmark and Finland which are high on the Corruption Perception Index (CPI) list and had successfully fought corruption by instilling good values among the people.

As for Malaysia, the Prime Minister said under the 12MP, the target is to place the country among the top 30 nations in the CPI list.