KUALA LUMPUR: A report on the review of minimum wage will be completed by the end of this year, says Deputy Human Resources Minister Datuk Awang Hashim.

"The study by the Human Resources Ministry through the National Wages Consultative Council is expected to be completed by the fourth quarter and will be presented by early 2022.

"If there are any changes, (they) will have to be brought to Parliament," he said in reply to a supplementary question by Syed Saddiq Syed Abdul Rahman (IND-Muar) in the Dewan Rakyat on Monday (Nov 8).

He said the study was in line with the wage review that is carried out once every two years.

He said the study took into consideration matters such as the nation's gross domestic product, stability of the economy, as well as the cost and standard of living.

The new minimum wage came into force in February last year in 57 cities and towns across Malaysia.

However, the minimum wage remained at RM1,100 a month in areas not considered part of these cities and towns.

On a separate issue, Syed Saddiq suggested that companies such as GrabFood, Foodpanda and AirAsia's food delivery service contribute to ensure social protection for gig workers.

"If we look around the world, it is the employers or companies that subsidise (social protection) and not the government.

"If the government subsidises, it means that they are subsidising the big towkays (businesses).

"The government should not take on this responsibility," he said.

He noted that the pandemic had affected all sectors of the economy and the subsidy was a form of assistance to help industries recover while also providing social security to gig workers.

"When they (businesses) recover, it will be a catalyst for the economy, and the government will be able to collect taxes which will be used to help the rakyat," he said.

Under the self-employed scheme, the government contributes up to 70% to Socso while the remaining 30% is contributed by gig workers or their platform service providers.

The amount contributed by the government ranges from RM163.00 from RM232.80 per year for protection under Socso.

There are currently an estimated four million gig workers in the country. 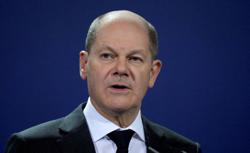