"We encourage tourists to come in. There will be no closures."

DCP Abdul Majid said a false screenshot claiming the closure of district borders in Melaka had circulated and it is currently being investigated by the police under the Communications and Multimedia Act 1998.

DCP Abdul Majid also said there will be no permanent roadblocks being set up throughout the campaigning period.

"Roadblocks will be conducted based on safety assessments and it will be focused on crime prevention. We will not block public movements."

He also said that all candidates in the Melaka state polls must not bring supporters to the nomination centres when they file their candidacy on Monday (Nov 8), says the state police chief.

He said that stern action can be taken by the authorities on candidates under Prevention and Control of Infectious Diseases Act 1988.

"I'm urging all candidates to display maturity because this is a matter of public health, and we are all responsible,” he said.

The Health Ministry had announced a ban on political gatherings and social events linked to the state election from Oct 25 to Nov 27.

"We will also take stern actions against those using drones, as nomination centres which have been gazetted by the EC as forbidden areas."

At the same time, Abdul Majid said the upcoming Melaka state elections will be manned by 824 police officers and they will be mobilised across all 28 nomination centres.

DCP Abdul Majid said each nomination centre will be handled by an integrated team consisting of the police, local authorities, health ministry and the national security council, where they are authorised to hand out compound notices to anyone who commits any offences under the Act.

"There will also be another monitoring team to take action based on the Elections Act 1958. The reason why we are doing this is to avoid any allegations involving enforcement,” said DCP Abdul Majid.

The nomination day for the Melaka state election will be on Nov 8, while polling is on Nov 20. 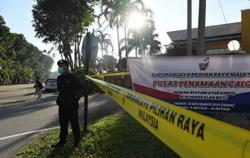 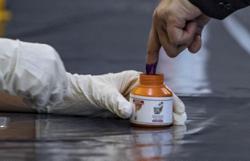 Johor polls: Umno will help MCA win back Johor Jaya, says Khaled Nordin
Usher in the Year of the Tiger with auspicious feng shui
Man found dead with hands, feet bound in Tampin
Three killed, four injured in Lipis road crash
As we welcome the Year of the Tiger, let’s take a peek into the art of Chinese red paper-cutting
Major push to increase road safety
On upward trend with 5,439 new cases
400,000 children sign up to get vaccinated
New platform to end poverty