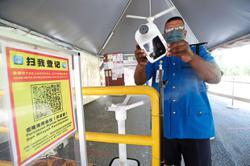 PETALING JAYA: With the rising infectivity rate (R0) following the lifting of the interstate travel ban, the public have been advised to continue to adhere to the standard operating procedure set to prevent any spike in Covid-19 cases.

Universiti Putra Malaysia medical epidemiologist Assoc Prof Dr Malina Osman said there was a need to be more cautious as the R0 was rising.

“All recommended procedures and SOP should be continuously adhered to,” she said yesterday.

With the cost of Covid-19 self-test kits getting cheaper, Dr Malina said those who were exposed in public areas or had visited high-risk places should be screened so that early detection of any possible infection could be done.

She added that the current SOP were adequate but lamented at those who continuously violate them.

Malaysian Retailers Association vice-president Datuk Ameer Ali Mydin believed that the rising R0 rate was not due to people moving about in shopping malls but rather due to social gatherings.

“Social gatherings where families come together because they have not seen each other for so long caused them to let their guard down.

“They hug each other and this is what is currently happening now,” he said.

He noted that retailers were currently seeing increasing footfall as people had the confidence to shop again.

“The current SOP are enough. I see strict compliance as they move about and scan the QR codes wherever they go.

“Retailers are also making sure that only people who are fully vaccinated are allowed to enter,” Ameer said, adding that perhaps temperature taking could be done away with as it was no longer relevant.

“Until today there have not been clusters coming from restaurants as we have been very strict with the SOP. We follow whatever guidelines that are given by the Health Ministry.

“This is not a chance for us to make money; it is our responsibility to be strict to follow the government SOP,” he said.

However, Jawahar urged the government to clarify on the sitting arrangement that was allowed for customers in the restaurant, noting that they were afraid to allow a family of six to sit together in fear that they would be fined by the authorities.