KLANG: Doctors hired on a contractual basis in the public sector lose out on many things, especially in terms of upgrading their skills and qualifications, says the Malaysian Public Health Physicians’ Association.

“Contract doctors don’t get study leave and if they want to pursue courses, they have to do everything by themselves, including finding their own way to pay for it,” he said.

He was responding to the government’s decision to extend the tenure of contract doctors as announced by Finance Minister Tengku Datuk Seri Zafrul Tengku Abdul Aziz when tabling Budget 2022.

“I think this would be agreeable to many of them as they would get all other benefits, including the opportunity to improve their skills and qualifications,” he added.

Malaysian Medical Association (MMA) president Dr Koh Kar Chai said the two-to-four-year extension being offered was insufficient.“We proposed for an extension of seven to 10 years which will allow the young doctors to undergo specialisation,” he said.

He said MMA would continue to engage the government on the said matter.

Meanwhile, Dr Dhivya Dhyana Suppiah, who has been on contract for the last four years, said the government’s stance was not solving the problem.

“A lot of contract doctors have already left and more will probably leave and they are going to go out into the private sector without much experience nor the chance to pursue specialisation,” she said.

“This will badly impact the quality of physicians in the private sector as they may end up being medical officers in small practices.”

Dr Dhivya Dhyana said it was also unfair for doctors, who choose to remain in the public sector, to be deprived of permanent positions as their salaries would remain low, without any increments, although their workload was the same as their permanent counterparts who qualify for promotions and salary raise once every two years. 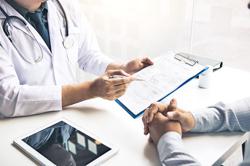