PUTRAJAYA (Bernama): The Court of Appeal on Thursday (Oct 28) reinstated a 12-year jail term and two strokes of the cane to a former lorry driver for raping his neighbour’s underage daughter, resulting in the girl becoming pregnant and trying to commit suicide.

A three-judge panel of the Court of Appeal, led by Datuk Suraya Othman, allowed the 60-year-old man's appeal against the Shah Alam High Court's decision on Feb 28, 2020, which sentenced him to 25 years in prison and 10 strokes of the cane. 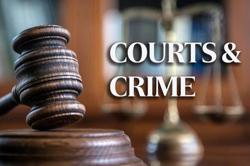