KUALA LUMPUR: Former Melaka chief minister Adly Zahari has filed an application for leave to initiate a judicial review to challenge the dissolution of the 14th Melaka legislative assembly.

He is also seeking a court order to stop the state election that has been fixed for Nov 20.

In his supporting affidavit, Adly said Sulaiman, the first respondent, had lost the support of the majority of the state assemblymen earlier this month and therefore did not have any authority pursuant to the State Constitution to advise Mohd Ali to dissolve the state legislative assembly under Article 19 (2).

Adly, who is Parti Amanah Negara vice-president, claimed the advice by Sulaiman to Mohd Ali was “illegal and therefore null and void” as Sulaiman had ceased to command the confidence of the majority prior to the advice.

“I am advised by my solicitors, and verily believe that it is open under the law for Mohd Ali to require Sulaiman to tender his resignation as chief minister, having lost the confidence of the majority of the assemblymen,” he said.

Adly also said that it was “manifestly unreasonable and irrational” for Sulaiman to advise the governor to dissolve the state assembly in the circumstances of the ongoing Covid-19 pandemic in the country.

Adly, who was Melaka chief minister from May 11, 2018, to March 2, 2020, is seeking 13 reliefs from the court, including a court order that Sulaiman’s advice was illegal, null and void, as well as an act of mala fide.

The former chief minister is also seeking for a certiorari order for the EC’s writ of election dated Oct 18 for the state election to be quashed, costs and other reliefs deemed fit by the court. 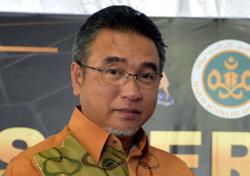