Minister in the Prime Minister’s Department (Parliament and Law) Datuk Seri Dr Wan Junaidi Tuanku Jaafar was granted an audience yesterday by the Johor Ruler at Istana Pasir Pelangi with the meeting lasting for about an hour.

According to His Majesty’s Facebook page, the meeting was focused on the Pulau Batu Puteh issue.

The issue has been a hot topic of late, with Sultan Ibrahim on Oct 14 demanding a clear explanation on why the Federal Government under Tun Dr Mahathir Mohamad in 2018 dropped the review application for the Pulau Batu Puteh case in the International Court of Justice (ICJ).

His Majesty likened the move as “declaring defeat even before going into battle”, saying the issue concerned Johor’s sovereignty.

On Wednesday, Dr Mahathir defended his decision to drop the review application

He added that when both Malaysia and Singapore agreed to refer the case to ICJ, both nations agreed in writing to abide by the decision as final, with no appeals.

In May 2008, the ICJ ruled that Singapore had sovereignty over Pulau Batu Puteh while South Ledge would belong to the state in whose territorial waters it was located.

The Barisan Nasional government filed a review of the ICJ’s decision in February 2017.

However, the Pakatan Harapan administration decided to withdraw the application for a review in May 2018. 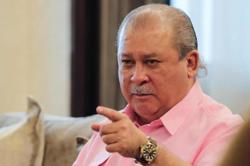