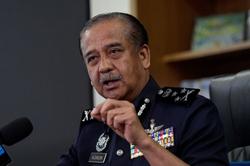 JOHOR BARU: Bukit Aman will hold a discussion with the Customs Department to ensure that the country does not become a transit point for drug smuggling.

Bukit Aman Narcotics Crime Investigation Department (NCID) director Comm Datuk Razarudin Husain said this comes as seaports in the country were under the jurisdiction of the Customs Department.

“We will be holding a meeting soon with the Customs Department to ensure that Malaysia does not become a transit point for drug smuggling.

“Ports are prohibited areas under the jurisdiction of the Customs Department,” he said in a press conference held at the Johor police headquarters yesterday.

Comm Razarudin added that close working cooperation including sharing of information between Malaysian police and their counterparts, from countries such as Australia, New Zealand, Indonesia, Hong Kong, Philippines, and Greece, have assisted in curbing international drug trafficking.

He said that last Friday, the Philippines Drug Enforcement Agency channelled information regarding a shipment from Guatemala enroute to Malaysia, that was ferrying drugs to the Philippines.

Comm Razarudin said the container was part of a transshipment that went from Guatemala, Panama, Shanghai, to PTP here before ending its journey in Manila.

“Following such information, together with the Customs Department, we inspected a container at PTP on Saturday where it went through a scanning device and revealed major differences in its consignment.

“The consignment had been declared as coffee beans in 100 sacks but further checks found methamphetamine hidden inside 14 sacks weighing 398kg valued at RM14.3mil,” he said, adding that the drugs would have been supplied to almost two million addicts in the Philippines.

On updates regarding a Malaysian who was arrested in Melbourne for alleged drug smuggling, Comm Razarudin did not rule out the suspect being part of a major drug syndicate.

“It is unlikely that the 38-year-old man is just a drug mule as he has been entering Australia since January last year. We are still gathering information from our Australian counterparts and it may take us a week to a month to investigate as we need quality information to investigate thoroughly,” he said.

It was reported that Australian police seized the largest heroin shipment ever detected in the country, worth an estimated A$140mil (RM432mil) and arrested a Malaysian in the process.

Australian police said the 450kg shipment was detected in a sea freight container of ceramic tiles sent from Malaysia and addressed to a Melbourne business.

The suspect was charged with importing and attempted possession of a commercial quantity of a border-controlled drug. 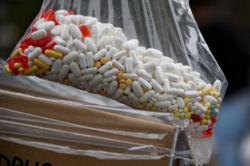 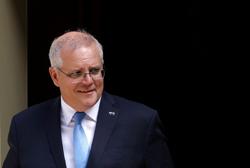