KULAI: A young woman's hopes of finding a part-time job to supplement her income led her to lose RM41,000 instead after she was scammed by a syndicate through social media.

The 24-year-old clerk, who asked to be identified only as Wong, said she came across an advertisement for employment opportunities while scrolling through Facebook on Wednesday (Oct 13).

“The advertisement was for full-time and part-time jobs. Since I was looking for extra income, I wanted to know more about the opportunity and clicked on the advertisement," she told a press conference called by Bukit Batu assemblyman Jimmy Puah Wee Tse at his service centre in Taman Tropika here on Monday (Oct 18).

“I then received a message from someone through my WhatsApp with a link. It brought me to a website offering many prizes, including cash," she added.

She said the person then told her to create an account on the website with her personal information including her MyKad number.

Wong was also told that in order to win prizes and earn 10% commission for every successful bid, she would have to transfer some money to two different bank accounts.

“I then transferred RM41,000 which included money that I borrowed from friends and relatives... as I was confident that I could repay them.

“After playing for several hours I won several items including more than RM5,000 in commission. I wanted to quit playing but the person told me that I had to play on," she said.

Wong told the person that she had no money left but the suspect told her not to worry as some RM12,000 had been wired to her game account.

“I decided to quit and told the person to give me my commission but I was told that I needed to repay the RM12,000 first.

“That was when I realised I had been cheated. The person has been calling me non-stop asking me to repay them," she said, adding that she had lodged a police report over the matter.

Puah urged the public to always be vigilant and not believe in any offers made on social media.

“Certain groups are taking advantage of those trying to find extra income as their livelihood have been affected due to Covid-19, where such people will easily fall into their trap,” he added.

When contacted, Kulai OCPD Supt Tok Beng Yeow confirmed a report had been lodged by the victim, and said the case was being investigated under Section 420 of the Penal Code for cheating. 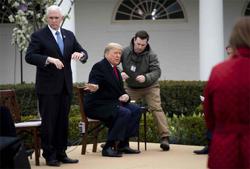