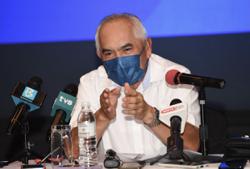 KOTA KINABALU: Sabah State Assembly Speaker Datuk Kadzim Yahya is expected to decide this week on whether Sindumin assemblyman Datuk Dr Yusof Yacob will keep his seat or if it will be vacated.

Kadzim said he had yet to fully go through Dr Yusof's letter to vacate his seat that was signed pre-election, submitted by Parti Warisan Sabah.

Warisan's lawyers submitted the letter to vacate the Sindumin seat on Friday (Oct 15) after Dr Yusof left the party.

Dr Yusof, who quit Warisan on Oct 8 to be an Independent backing the state government under Gabungan Rakyat Sabah, had immediately submitted a sworn affidavit to the Speaker to revoke all his pre-signed oaths including his pre-signed letter, to the state Speaker.

"I have not yet decided. I'm outstation, (a decision is) likely Thursday," Kadzim said on Monday (Oct 18) when asked if he had decided whether Dr Yusof would remain as Sindumin assemblyman.

Asked to relate the situation to that of Sebatik assemblyman Hassan Amir Gani who left Warisan on Feb 25, Kadzim said it appeared to be similar, but he "would need to go through the documents first before we come to any conclusion".

Dr Yusof and all Warisan candidates prior to last year's Sept 26 snap state election had signed and taken an oath promising to step down from their seat if they left the party for whatever reason during their term.

Warisan had attempted to vacate the Sebatik state seat by using a similar pre-signed letter of resignation after Hassan left the party to support the GRS-led state government.

On Friday, Kadzim said that he needed to be fair to both sides (Warisan and Dr Yusof) and wanted to go through all the documents together with his deputy speakers and the assembly secretary before deciding if the seat should be vacated or otherwise. 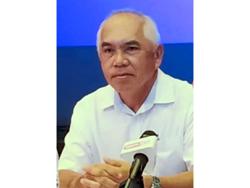