THE standard operating procedure (SOP) for the Unified Examination Certificate (UEC) will be stricter this year to prevent the spread of Covid-19 on school grounds, Sin Chew Daily reported.

According to the United Chinese School Committees’ Association of Malaysia (Dong Zong), all Chinese independent schools have been notified that the exams will take place between Dec 13 and 21 this year.

Its chief executive officer Leong Seng Yee assured candidates and their parents that there would be tighter SOP such as widening the distance between tables and reducing the number of students in exam halls.

He also said all invigilators at the exam centres would be fully vaccinated.

Leong said the SOP was determined based on the standard guidelines issued by the Educa-tion Ministry, as well as recommendations from the schools themselves.

“Once the SOP is ready, we will have them vetted by a medical specialist. After that, we will submit them to the National Security Council for their views,” he said.

Dong Zong looks after independent Chinese schools in Malaysia and determines the syllabus for the UEC exams.

The UEC qualification is taken by Form Six students at independent Chinese schools and is considered equivalent to STPM in many foreign universities.

> The daily also reported that Chinese educationist Low Sik Thong, who served on the board of the Lim Lian Geok Foundation for 12 years, died on Oct 12 at the age of 84.

Low, who is a lawyer by profession, was born in 1937, and started working for the benefit of Chinese education in 1973.

He served the Chinese Independent Schools Committees’ Association and was once the legal adviser for Dong Zong.

In 2002, he took up the post of vice-president for the foundation and became deputy president in 2008.

According to a statement by the foundation, academic research flourished under Low’s leadership and that he had heavily promoted multiculturalism during his tenure.

“Low’s contribution towards the Lim Lian Geok Foundation will remain in our memories forever,” the statement read.

Low’s wake will be held at the Nirvana Centre Kuala Lumpur.

He will be laid to rest tomorrow at the Nirvana Memorial Park in Semenyih. 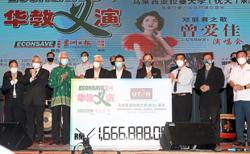