KUALA LUMPUR: Some spots in the city that were previously quiet are now packed with people after restrictions were relaxed for sports and recreational activities.

Recent observations by police found that places like Tugu Negara and Padang Merbok which did not see large crowds for some time were now abuzz with activity.

The Dang Wangi police have decided to deploy drones as a holistic approach to monitor standard operating procedure compliance, especially during the weekend.

Dang Wangi OCPD Asst Comm Noor Dellhan Yahaya said they did a trial run with one drone last week and realised the potential benefits it could bring to their compliance teams.

“On weekdays we have 10 teams conducting their checks day and night but on weekends, we have increased our efforts with 10 teams during the day and 19 teams on duty in the evening and night.

“Having the drones in the air means we have a bird’s eye view of certain areas, which makes it easier to deploy our personnel and monitor crowds,” he said when met at Dataran Merdeka as members of the force deployed three drones yesterday.

He said on weekdays the city was relatively quiet as people had to work, but come weekends they had to monitor cyclists and those out for sports activities and recreation.

“We have noticed more people gathering at places like the field in front of Tugu Negara for instance.

“It never used to be this popular but now it has become a spot for picnics and family outings.

“Other places we monitor include KLCC, Kampung Baru and Dataran Merdeka,” he said.

ACP Noor Dellhan said the main goal of these compliance checks was not to issue compounds but rather advise the public to comply with the SOP.

“These drones are equipped with a loudspeaker which can broadcast announcements to the public in multiple languages to advise them to comply with the SOP.

“The drones are capable of at least one hour of flight time and can fly within a five to eight kilometre radius.

“With the number of Covid-19 cases on a downward trend, the last thing we need is another cluster.

“This is why it is important for us to continue our efforts to monitor SOP compliance,” he said,.

“The public must also do their part by always observing physical distancing and wearing masks whenever outside,” ACP Noor Dellhan added. 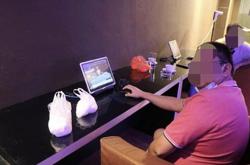 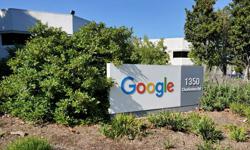