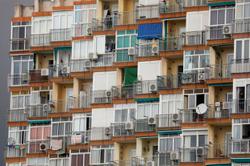 KUALA LUMPUR: The issue of party hopping must be studied thoroughly before the government implements any new Bills to penalise MPs who switch parties, says Tun Dr Mahathir Mohamad (Pejuang-Langkawi).

Dr Mahathir said he supported Bills to penalise party-hopping MPs, but the matter needs clearer definitions because the action is sometimes necessary when no parties have a clear majority after a general election.

Dr Mahathir also argued that if small parties cross over to major parties, it should not be considered party hopping.

"If this was done in an organised manner according to the rules and constitution of the party, and such decisions were made during party meetings... certain parties have to cross over to garner adequate numbers in the House.

"That is why party hopping cannot be banned just like that. There must be clear definitions.

"More in-depth studies must be carried out so the House can run smoothly," he added.

Meanwhile, Dr Mahathir also described the appointment of individuals with ministerial rank as a form of bribery by the government.

Dr Mahathir admitted appointing several high-ranking individuals when he was prime minister, but added that they were apolitical.

"The position was given to those retired from politics due to their expertise in certain fields," he said.

Dr Mahathir also said the government must focus on addressing the hardship of Malaysians affected by the Covid-19 pandemic.

"Once the pandemic is addressed, the economy will recover," he added.

Azalina had submitted a notice to table a Private Members' Bill titled Sacking of Members of Parliament Bill 2021 on Sept 3.

The government had agreed under the memorandum of understanding (MOU) signed between the government and the Opposition on Sept 13 to include anti-hopping as part of reforms and it intends to table the proposed laws at the first meeting of Parliament next year. 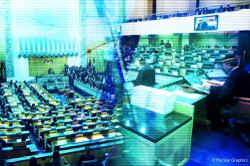