She said that MCA had an online discussion with Bersih 2.0 on the Recall Bill on Wednesday (Sept 15).

“During the one and a half hours discourse, both sides provided many valuable insights, pointing out the possible issues and discrepancies,” Chan said in a statement on Wednesday.

Chan said that since last year, the MCA Bill Committee has been studying various aspects of recall acts by comparing existing models in other countries.

The committee announced the key features and details of MCA’s proposal for the Recall Bill as a foundation for further refinement on Sep 6 this year.

“The rationale behind the Recall Act is to empower democracy without conflicting with the Federal Constitution.

“Thus, while MPs are guaranteed freedom of association to change parties under the Federal Constitution, they are also bound by their electorate’s will via the Recall Act.

“Hence, we believe that this is the best solution available to resolve rampant party hopping,” Chan said.

She added that the MCA Bill Committee will continue to engage various groups and organisations for dialogue to continue improving the Recall Bill.

“The quest for greater democracy and better policies is not an easy, straightforward one.

"We hope that public interest groups will join our cause by providing their unique feedback so that every proposed reform, not just the Recall Bill, captures the full range of the people's voices accurately.

“The MCA Bill Committee will strive to continue refining the Recall Bill to devise a comprehensive solution for Malaysians to keep their MPs in check,” she said. 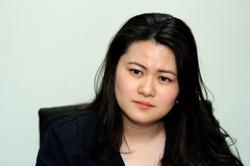